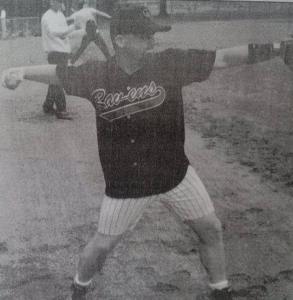 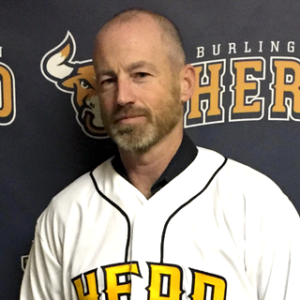 The origins of Ravens baseball

When Jason McKay moved to Ottawa in the early nineties to start his university studies in Political Science, he had little indication that he was about to make Carleton University sports history. McKay had spent the previous few summers playing for Intermont College in Virginia and was looking forward to continuing playing baseball north of the border.

But the best that was available in Ottawa at the time was local men’s league competition, Tier 1 of the NCBL. Fortunately for McKay, a fellow Carleton student and roommate, freshly returned from Western Kentucky was also playing in the same local men’s baseball league and they started talking.

“At the time” recalls McKay, “we didn’t even know that a college baseball league existed in Canada.”

Soon after the team was formed they were contacted by then Canadian Intercollegiate Baseball Association (CIBA) President Bill Martin who invited them to participate in the Eastern Conference of the new league that included club teams from McGill, Concordia, University of Ottawa, Sherbrooke and Laval.

“I still remember the two of us meeting at St. Huberts’ Chicken on Bank street around the corner from our house at 324 Sunnyside, trying to figure out how we were going to make this happen” says McKay “it was basically a whim planned out on a napkin, no joke.”

The nascent team had no revenue, no sponsorship, and received no support from the university. As a newly formed club team, McKay had to use money from his student loans to get the team off the ground until he could collect player dues.

“In those early days it was six guys per car,” he recalls “but those were some of the best days of my baseball life.”

The team had some early success, going on to post an 8-8 record in their first year and knocking cross-town rival U of Ottawa out of the playoffs on McKay’s walk-off home run, his “first and only HR of that season,” he confesses.

The team received attention from the Charlatan campus newspaper in what was then a much less congested campus sports scene.

“It was amazing how much interest we received,” says McKay. Indeed, the team was mentioned as ‘what was hot’ on campus in the 1997 edition of the McLean’s university rankings.

Today, McKay continues his baseball life and his drive to build organizations as the co-owner and Director of Baseball Operations for the Burlington Herd of the Intercounty Baseball League.

He continues to be an avid Carleton University sports supporter driving in to watch the annual Panda game and checking in on his beloved baseball team.